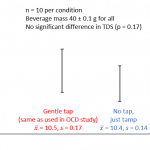 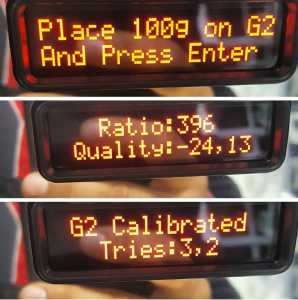 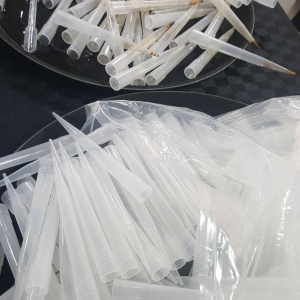 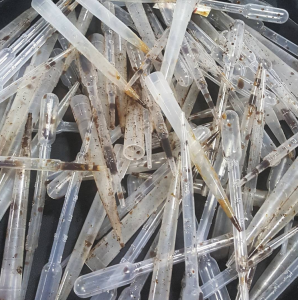 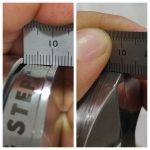 All analyses were performed using R 3.1.1 and Excel 2016. Data was first analyzed with de-identifying generic labels and matched via a key to the appropriate conditions after analysis was complete (i.e., data was analyzed in a blind manner). Data was first assessed to ensure it does not violate assumptions for multivariate analysis of variance (MANOVA) using Condition (OCD/No OCD) and Grinder (K30, Mythos, Anfim) as independent variables and Shot Time and TDS as dependent variables. Beverage mass values between conditions were compared via t-tests and revealed no significant difference. A MANOVA utilizing the Pillai test, showed a significant effect of Condition (F(1,54)=61.5, p<0.00), Grinder (F(2,54)=14.6, p<0.00), and Condition x Grinder (F(2,54)=3.5, p<0.00). More specific ANOVAs and contrasts were then utilized to better explore relationships in the data (outcomes shown in figure below). 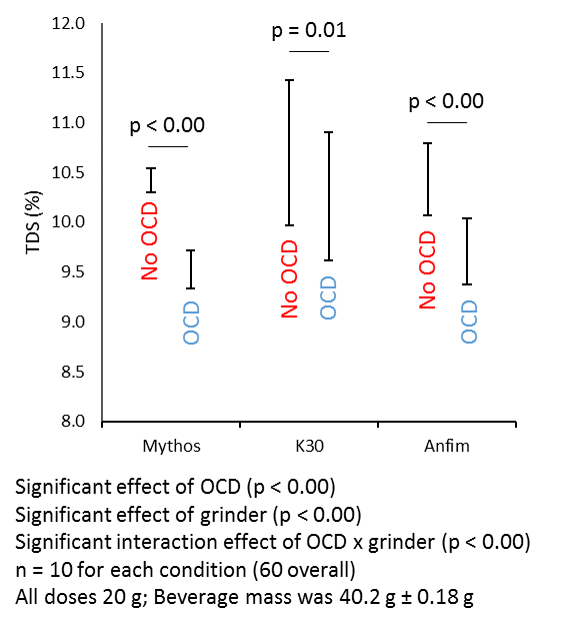 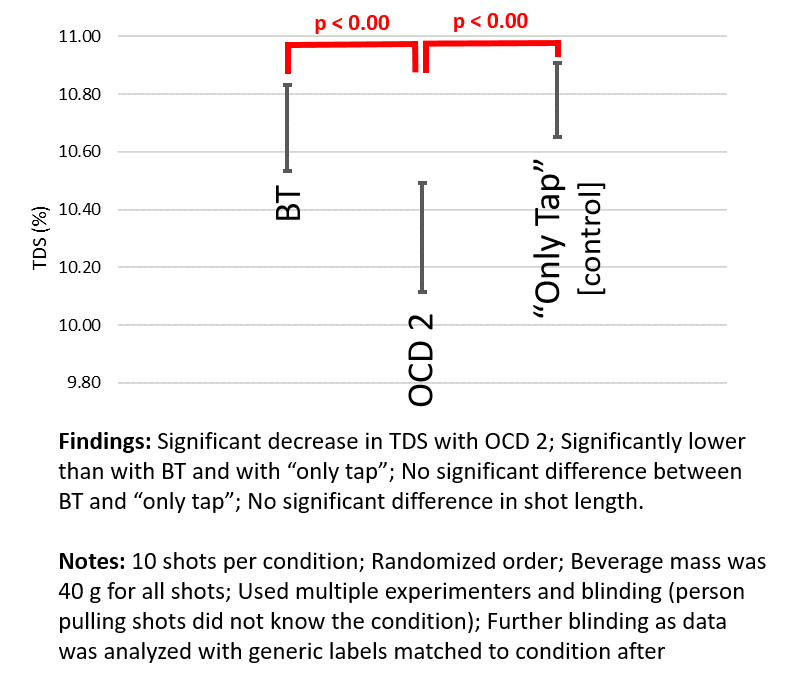 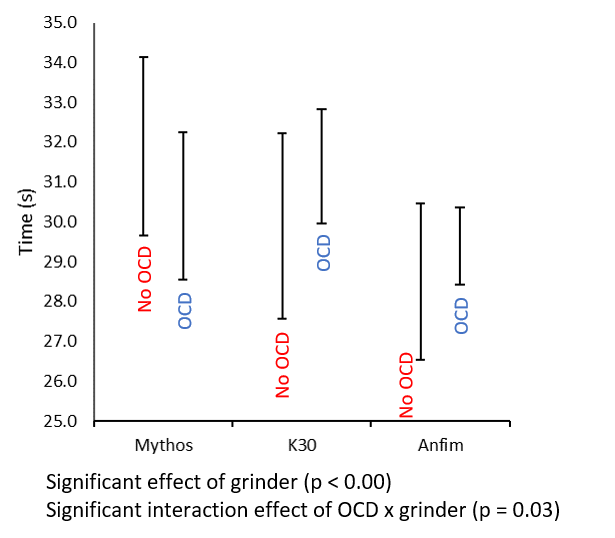